Saudi Arabia is where you need to be headed next 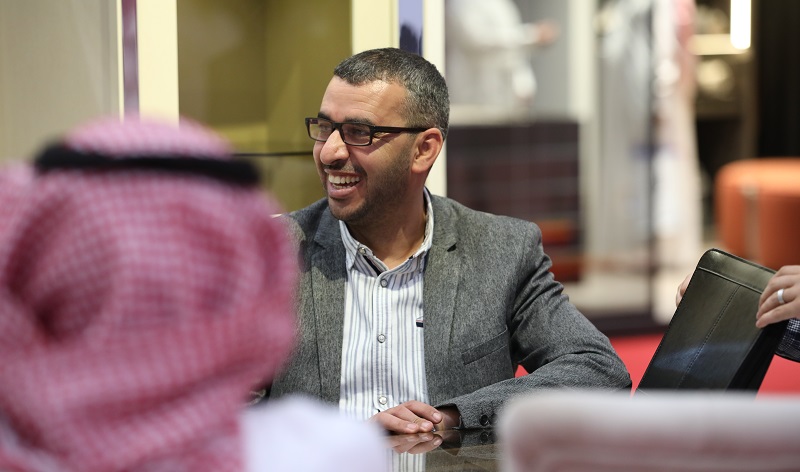 REGISTER FOR A FREE TICKET

Already 24 international companies have signed up to establish their regional HQs in the Saudi capital.

The signing ceremony was in the presence of Minister of Investment Eng. Khalid bin Abdulaziz Al-Falih and Chief Executive Officer of the Royal Commission for Riyadh City Fahd bin Abdulmohsen Al-Rasheed, the Saudi Press Agency reported.

The international brands that signed include, among others, PepsiCo, Schlumberger, Deloitte, PWC, Tim Hortons, Bechtel, Bosch and Boston Scientific.

The official ceremony followed an announcement on Thursday by Crown Prince Mohammed bin Salman to double Riyadh’s population and transform it into one of the 10 richest cities in the world.

“All of Riyadh’s features set the groundwork for job creation, economic growth, investment, and many more opportunities,’’ the Crown Prince said at the Future Investment Initiative (FII) gathering in the Saudi capital.

“We are therefore aiming to make Riyadh one of the 10 largest city economies in the world. Today it stands at number 40, the fortieth largest city economy worldwide. We also aim to increase its residents from 7.5 million today to around 15-20 million in 2030,’’ he added.

Riyadh represents about 50 percent of the non-oil economy in Saudi Arabia and enjoys cost advantages over other urban centers. The cost of creating jobs in the city is 30 percent less than in other cities in the Kingdom, the Crown Prince said.

“The cost of developing infrastructure and real estate is also 29 percent less than the other cities, while the infrastructure in Riyadh is already very well (established) because of the sound management and planning performed by His Highness King Salman over a period of 55 years and more,’’ he added.

The new strategy to attract international companies to establish their main regional hubs in Riyadh is forecast to create more than 35,000 jobs for young Saudi men and women and add up to SR70 billion to the Saudi national by 2030, through salaries, operating and capital expenditures by these new companies, according to the Royal Commission for Riyadh City.

Fahd Al-Rasheed, president of the Royal Commission for Riyadh City, told the FII on Thursday: “A key focus is to make it easier for global businesses to operate in the Kingdom. Creating the King Abdullah Financial District special economic zone opens the door for multinational companies to relocate to Riyadh. Now they can maximize first-mover advantage and take total control at the heart of their largest regional market.”

Khalid Al-Falih, minister for investment, added that a number of key reforms relating to the establishment and governance of special economic zones, labour and education laws would be ratified in the first half of this year.

Companies operating in the zones will enjoy a range of tax exemptions, incentives, labor law improvements and relevant labor law exemptions for ten years, as well as fast and simple commercial licensing.

Al-Rasheed said that some $220 billion had already been spent or earmarked as government investment for projects in and around Riyadh, but that most of the rest of the required investment would come from the private sector.

Eugene Willemsen, PepsiCo’s chief executive officer for Africa, Middle East, South Asia, said: “We’ve been active in Saudi Arabia for around 60 years and are one of the largest food and beverage companies in the Kingdom. We very much look forward to continuing to be part of the future of Saudi Arabia and support the realization of the ambition of the Vision. We’re proud to sign the commitment today and be one of the early-adopters of the vision for Riyadh.”

Chief executive of Deloitte in the Middle East, Mutasem Dajani said: “Riyadh is undergoing a remarkable transformation to reinforce its position as one of the world’s major global centres for business, tourism and quality of life.  Deloitte is honoured to be a strategic partner for the city on its journey to achieve its ambition under Vision 2030.”

Riyadh Al Najjar, KSA country leader, PwC, said: “We are proud of our longstanding relationships in the Kingdom of Saudi Arabia and continue to support the Kingdom’s remarkable transformation from our regional consulting headquarters in Riyadh. With a large number of mega cross-sector projects Riyadh is quickly becoming a global destination.”

Neeraj Teckchandani, director at Tim Hortons Middle East, said: “We are very excited about the transformation and innovation that we have seen in the Kingdom and we are honoured and privileged for the opportunity that you have given us to be part of this journey. We have big plans and ambitions for our growth in the Kingdom and the wider Middle East.”

INDEX COMES BACK TO RIYADH

To support the increasing investment in projects and interiors in the Saudi capital, INDEX Saudi returns to Riyadh from 7-9 September 2021. Workspace interiors are big business at INDEX Saudi. Find out more... 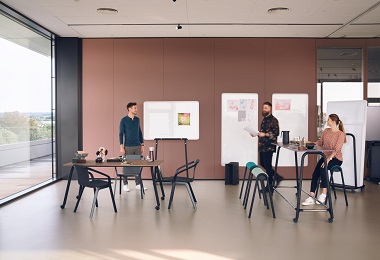 Based in Dogern (Waldshut), Germany, Sedus Stoll AG is a leading full-service supplier of office equipment and workplace concepts. Sedus....

Office furniture manufacturer, FAMO, reinvents and rebuilds workspaces tailored for working professionals. Working together is their motto and motivating force..... 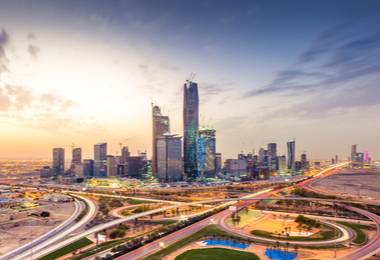 Already 24 international companies have signed up to establish their regional HQs in the Saudi capital.